The immigration bill is dead. It fell short by 14 votes. Better yet, the whole issue has become so controversial, in so many different ways, that no further action on immigration is expected any time soon.

Fox News has reported that the Senate phone system crashed yesterday, from so many calls coming in.

But the media, as usual, is getting the story wrong. The professional reporting class seems unable to contain more than one idea or fact in their heads at any given time, so they’re all reporting that the bill’s defeat was due to its supposed amnesty provisions.

It is to laugh.

The truth is that nearly everyone, on all sides of the issue, opposed this bill, for every reason imaginable.

The truth is that hundreds of groups like DownsizeDC.org were organizing opposition to this legislation for many different reasons. And one of the biggest objections was the REAL ID provisions.

Congratulations to you for the role you played in killing this horrible bill. Now, we have a prediction to make . . .

THIS IS THE FUTURE.

Increasingly, this is how the United States is going to be governed. Congress will propose, but the people will dispose, by exerting overwhelming, inescapable, resistance numbing pressure.

The Internet has made this possible, just as printing made the Reformation and the Enlightenment possible, and TV enabled the civil rights movement.

This Big Change will mostly mean that Congress will do less, because there will usually be vast interlocking groups of opposition ready to fight, often for conflicting reasons, but usually with the same result — to say and impose a giant NO on Congressional schemes.

The pressure of the people will become the ultimate check and balance on state expansionism.

This is the future.

And we have another prediction to make . . .

Many people will continue to have partisan loyalties, and many more will root for one candidate or another, for the same reason people love sports. But this contest of labels and names will matter less and less. It will increasingly become a “sound and fury signifying nothing.”

Groups like DownsizeDC,org are the future. Our strategy is the main chance.

Do you want to win? Then this is the way to do it. And frankly, we see zero evidence that there is any other way to do it.

But there’s something else involved here. If you look deeply at the public opinion polls on various issues you will see that most people want smaller government on most issues most of the time. We call this the Great Downsize DC Consensus. But . . .

You wouldn’t know about this Consensus from watching the news, because the journalistic obsession with the sports reporting of partisan politics ignores this point.

DownsizeDC.org isn’t a political party. It’s a way to recruit and organize the Downsize DC Consensus free from the barriers of primitive partisan tribalism. It can also be, as our recruiting and organizing gains critical mass, a way to make the smaller government consensus VISIBLE for the first time.

After all, DownsizeDC.org is the future.

Yet part of the answer to the “when” question is up to you.

June has been one of our best months so far. We’ve recruited more than 800 new Downsizers, and sent more than 40,000 messages to Congress, plus countless phone calls. Now all we have to do is pay for it. Please help us make budget for June. We are very close.

A generous anonymous donor has pledged $1,500 for this purpose. But in order to get that $1,500 we must raise another $1,500 from other donors. We are oh so close. If you can contribute today your contribution will be WORTH TWICE AS MUCH. Plus . . .

If you’re an existing monthly credit card pledger in good standing as of June 15, 2007, all you have to do is increase your monthly pledge by at least $1, and we’ll send one to you.

Please help us make budget. You can make your contribution here.

Thank you for being a DC Downsizer.

CONTRIBUTE to the Electronic Lobbyist project

Disclaimer: Financial contributor to this group.

Doing a balance? How much $ can I save if?

Just received word that this was selected “best by voters”.

FROM ONE OF MY FAVORITE SPAMMERS:

(You know the nice people — usually friends or relatives — that forward along the jokes, “news”, and chain letters.) 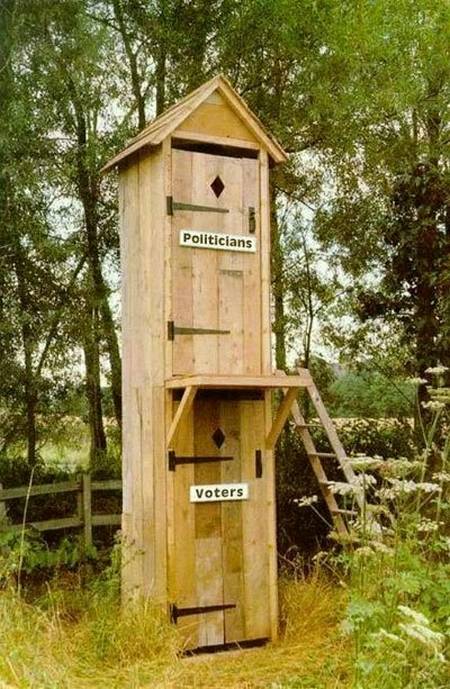 Here in NJ, this is ESPECIALLY true.

On a technical note about the screen capture, windoze users are often frustrated by capturing screen shots. As was I, until I found a free utility that makes it trivial. Gadwin Systems Print Screen 4.0 at http://www.gadwin.com/download/ is my “silver bullet”. (It’s free, so I’m not getting out of this message other than the satisfaction of helping my fellow human. And the acclaim at being a big fat old but TRICKY turkey.) So I use the PrintScreen button to trigger the GSPS software, edit the resultant JPEG with MSPAINT (i.e., cut the appropriate part, drop the old file, get a new file open, paste the good stuff in, and save it). From there getting the JPEG onto the BLOG is trivial. It’s then accessible to the millions of MLPF readers. If anyone needs further help, feel free to contact me on or off list and I’ll try to create a better explanation. Usually just knowing that there is a solution is enough for people to try to find that solution, their own solution, or a better solution. That is, if you think something is impossible, it is (AKA learned helplessness?).

I’m sure there are faster, better, easier, but I doubt cheaper solutions.

With being around you (i.e., VW creates the MLPF and genre), there’s no doubt that this is a very minor contribution to the whizdum wars. But we all do what we can to spread light.

Again thanks for the kind words,
fjohn

Where is the best place to advertise on the internet for free?

We are a small business with a very low advertising budget. We want to get our name out there but are unsure what’s the best way to advertise with little or no cost upfront.

With a near zero budget, you have to be tricky. You didn’t say what you business does. That might make it a little hard to answer. If you’re selling pencils, then you’ll need a different strategy than if you are remarketing one of the various enlargement crèmes my dearest friends from Nigeria are always telling me about.

Let assume that that your business offers a legal product or service that just needs a little “voice” in the crowded marketplace. How do you get that “voice” at a price you can afford?

I’m going to refer back to one of my Yahoo Best Answers that I gave to the “party purse” lady who had a similar question.

You can create a blog as your website and talk about your business.

In a nutshell, you find an available domain that aligns to your business, go to the wordpressdotcom free blog site, get a free blog, for 15$US you upgrade to your own domain, and you start to write about your business. I’d suggest that you write both about your products and or services, as well as the “behind the scenes” tales about your business. What problems you face, how you solve them, the successes, AND the failures. You have to be “authentic” to develop an audience. Once you have an audience, you get a conversation going. Then come sales and buzz.

Hope this helps. I’m interested how it works out for you. Drop me a note sometime. My blog may have helpful “stuff”.

Update: Was never able to get this in. Yahoo kept 999-ing out. No matter what I did!

FROM A POSTED REQUEST FOR INTERVIEW QUESTIONS

>Questions for the Paul Campaign
>Posted by Nick Bradley at June 29, 2007 07:02 PM
>I’ve been informed that we should be able to interview members of the
>Paul Campaign (maybe we’ll get lucky and interview Dr. Paul as well),
>so if there are any questions that you would like to be asked, please
>send them to me.

#1 You’ve said you want to eliminate the Federal Reserve and bring back a real dollar. How will you do that and how will you get it thru Congress dominated by Big Government Statists on both sides of the aisle?

#3 The BATF, IRS, DEA, FDA, and EPA have to be the most hated Federal government agencies. How do you close them down, put a stake thru their hearts, and ensure they don’t resurrect themselves?

That’s life in Zimbabwe today – or at least it was, until this week when our government took bold and decisive action to reduce the inflatory spiral, and predictably everything got even worse straight away.

I love when the Universe provides us a “labratory demonstration” when the meme we call gooferment falls afoul of economic law. Not content with shaving a few coins, the gooferment in Zimbabwe can’t print paper money fast enough. (Sounds a little like “helicopter ben” at his Senate confirmation hearings!)

When humans are infected with a mental virus, or meme, we can become irrational. Look at the “pet rock” which was pretty harmless. Look at the tulip craze in Holland’s history, the German hyper-inflation, our Great Depression, or any of the “monetary disasters” of the last century. They are all characterized by a failure in our own thinking.

If you were traveling to Zimbabwe, then I bet they’d hold their value!

The question is how does the human population of Zimbabwe throw off their “mental virus”? If you are in that society, how do you survive? How does it unwind?

Sadly, I think it involves a lot of pain and suffering and even deaths.

My secret is staying on whine! Having no “brand”, I just try to not be too annoying.

On a more serious note, has anyone done any “studying” about the concept of “freshness”? In my monologging career (as opposed to blogging), I noticed that most of my posting is done at night after dinner. I can usually find 5 to 10 things worth commenting on. imho

Like the state employee speeding to work, bullying the serfs just trying to go to work, out of the way by tailgating. Or, why yet another POS (piece of software) has let me down.

In looking at the time stamps, it struck me. Perhaps my blog would be “popular” (i.e., read by other than my relatives who I quiz any time I see them — only the offline Luddites are safe.), if I had content posted on a regular basis over the time span. If I have 6 posts, then, instead of dumping them all in between six and eleven pm, I could use the time stamp to have “fresh” content every four hours.

For the RSS types and the email readers, it wouldn’t make any diff.

But the real-time readers, thirsty for new content at 4AM, could find something. Find me. And, be so enamored of my great wit and wizzdumb, become life long fans. (No huh?) I’d get possibly a slug on the the free, and unequaled, wordpressdotcom dashboard overnight? That might get an eye ball. Bleary but it could convert to a reader.

If the blog – o – sphere is an open air market of ideas, does the din die down (I like that alliteration) at certain time? Can a pipsqueak be heard during that time? In the end, we all dead. But in the short run, to attract an audience, does timing matter? I think I have a firm grasp on the eyeballs of six relatives and three friends. Should I just be content with that? Or does fame and fortune await, if I could just be “discovered”? Or, am I doomed to “obscurity” as a blogger? Maybe I should focus on my spelling?

Timing of posting may be of greater import and impact to the “brand”, and other more serious, blogs.