Does anyone see any mention about students or learning in that quote? It focuses on teachers. How to pay them and how to evaluate them; it is about the unions, not the students. The delicate negations about pay (unions favor) and evaluation (unions oppose) has nothing to do with our children learning. The unions can run all the TV and radio ads they want about “the children” but when you hear the tag line about who paid for the ad, it is not about the children.

Despite having no children of my own, I fought about this during the NJ Tax Revolt of the 80’s. This is a multi-part problem. And, it’s not ALL the fault of the Teachers’ Union. The politicians and bureaucrats have created a mess and “We, The People” have allowed it to happen.

First problem is the Parents. Yup, they are part of the problem; probably the most important part. They tolerate this “barbara streisand”. No one has children and wants to see them ruined. Yet, that very decision they make to procreate, I am expected to pay for. Education is the parent’s responsibility. First and foremost. No one else’s. To assume that the Gooferment has a role, any role, in “education” is to cede the very ground that the battle must be fought on.

So now let’s deal with the situation at hand. We can’t wave a magic wand and make it “magically delicious”. People have been trained, like dogs doing tricks, into thinking that this is the best or only way. We have to reverse that over time and allow people to adapt.

Right now, “we” have Gooferment Skrules. The Gooferment “pays” and “operates”. So I would suggest we have to adapt out of it in two steps. Two twenty year plans! (Yeah, I know it sounds like the USSR and its always failing Five Year Plans.) Focus first on operation. Create vouchers equal to 20k and give them to 5% more students each year. At the end of 20 years, parents will have been trained to “buy” their children’s education. Then, for the next 20 years, reduce the voucher by 5%. This will push the bill more and more to the parents. (They decided to have them and they will have to pay to educate them.) Churches, businesses, and a civil society will create new forms of schooling for new subjects and the poor. (Remember Catholic schools were created for the poor.)

I think this would solve the problem. Not quickly but eventually it would. Permanently! 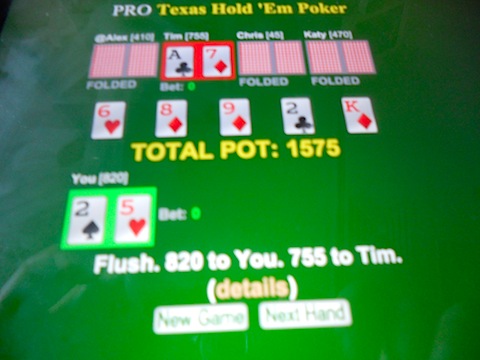 I wuz robbed! Can’t fool me. I ain’t that tired, drunk, or stupid not to know when I’m being cheated.

Now it probably doesn’t mean a hill of beans to the advertisers, but I’m going to take a stand.

I REFUSE to buy any product whose advertising denigrates men!