The military did not say precisely where the incidents occurred, but the statement said the troops died in “improvised explosive device attacks.”

Folksonomy is the result of personal free tagging of information and objects (anything with a URL) for one’s own retrieval. The tagging is done in a social environment (usually shared and open to others). Folksonomy is created from the act of tagging by the person consuming the information.

Interesting, I’d never heard of this word before.

The wisdom of crowds?

Scientists have used a computer program to decipher a written language that is more than three thousand years old. The program automatically translated the ancient written language of Ugaritic within just a few hours. Scientists hope the breakthrough could help them decipher the few ancient languages that they have been unable to translate so far.

What a great idea and accomplishment. Hard to imagine a better use for computer technology than discovering the ancient secrets. WHo knew there were so many lost languages? And, what about the ones that were just oral?

Culver told CNN that nearly 10 inches of rain had recently fallen in a 12-hour period in the area and was “too much water for the dam to hold.”

The governor said such a failure had never happened before.

Now, us little L libertarians realize that we are going to have to be creative. But someone should OWN the river. Maybe, it’s a corporation whose stock holders are everyone who has a deed for river front property? Then, they’d have a motivation to protect the river and protect people from it.

The hour-long documentary, entitled, “Archbishop Fulton J. Sheen: Servant of All,” offers both entertainment and a powerful message of evangelization as it follows the life of the famous archbishop (1895-1979). The video includes the testimonies of dozens of individuals who were touched by the life of the archbishop. It also shows footage from his popular television program, “Life is Worth Living.”

Everyone has their own story about meeting or interacting with a famous person. That was the rationale for the “Farley file” of Ike’s campaign as highlighted in the Heinlein story Double Star.

Sigh, those were the days. My younger years.

My “Bishop Sheen” story was that of an obnoxious fat little Good Shepherd grammar school kid focused, as usual, on an absurd little goal.

We were given “boosters” to sell for the “Propagation of the Faith”. Long story short, I happened to be outside the old Polo Grounds in the early evening one Saturday before the Good Bishop was to speak and say Mass for a mod of folks. What better place to find suckers … err I mean the faithful willing to give a wee lad a contribution for Holy Mother Church. So I am peddling my “boosters” to anyone who looks like they have few bucks. Up pulls a limo. Hey hot target I think. So I zip over and get ready to do my spiel. We were give a stock script. But I embellished the close. SO this fellow gets out with two young guys. Black coats all. Buttoned up. That should have been a clue; it wasn’t that cold. But I was into my pitch. “Yada, yada, yada.” And, into my close: “And, of course, I’m going to pray specifically and by name for each person that buys a Propagation of the Faith booster from me. Care to spend a dollar for the Pope?” To which this guy breaks out into a belly laugh. “Certainly, I’ll take five.” He turns to one the young guys with his hand out and a five comes from somewhere. He takes my cardboard booster and writes on it. Rips off his half and says: “Can you do me a favor and fill out the rest?” “Of course, I’m a full service fund raiser.” He asks: “And, why are you doing this? Do you want the Church to suceed?” “Not particularly. That’s good. But I want to get out of homework for a month if I win.” He laughed and said: “That’s a good goal. And, I’ll pray you reach all your goals.” At that point, he patted me on my head and rushed off. I looked at the the stub and it was signed “F. J. Sheen Servant of God”. No one at school believed it, but I had the evidence.

Like stupid kid, I turned the stub in. I should have kept it! Dumb, dumb, dumb.

And, btw, I won. But the Brothers reneged on the “prize”. No Federal Courts for little plantiffs who got screwed. I not only got homework form then on, but I got several punish lessons for the tirade I went on.

Any wonder, why I have no sense of security or confidence when ANY authority figure tells me ANYTHING. Remember Judge Judy!

And, you wonder why I hated school? 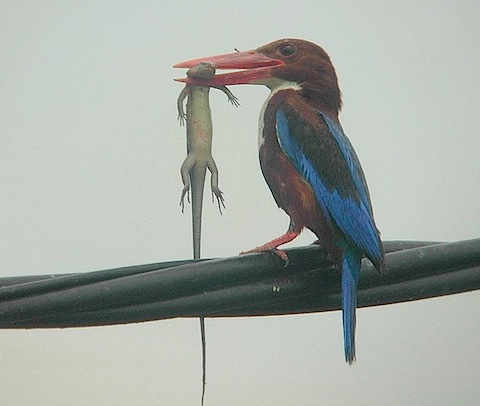 Niro and other men — and women — like him say the state’s alimony law is archaic, reflecting an era when women kept house and men provided. Today, with women making up nearly half the workforce, they say alimony should be a temporary boost, not a lifetime subsidy.

Critics charge that the Legislature has avoided the issue for years in part because drawn-out divorce litigation is lucrative for lawmakers, many of whom are lawyers. Now these critics are working to change the law, a vague statute that gives judges wide discretion over alimony awards. Two bills have been introduced, and a legislative task force is working on a third version.

They have several examples of the law’s disastrous effects. Unfair and unjust enrichments. Subsidizing a past spouse’s idleness. And, just crazy randomness.

But why should we be surprised? The Gooferment’s one-size fits all solution that is cast in stone sooner or later is absurd.

(Wonder if those “gay marriages” will get the same treatment?)

Of course, little L libertarians don’t think the Gooferment should be in the “marriage business”. It used racist emotions to get into the business. Expanded it with the WW2 wage and price control “benefits” exception. And used the income tax code to “promote families”.

No way that the Gooferment should be picking winners and losers in failed marriages. Partnership law, prenus, postnups, and contract law should be used. Not open ended judicial fiat.

Blue Cross and Blue Shield of Florida issues about 9,000 to 10,000 new policies a year that only cover children. Vice president Randy Kammer said the company’s experts calculated that guaranteeing coverage for children could raise premiums for other individual policy holders by as much as 20 percent.

“We believe that the majority of people who would buy this policy were going to use it immediately, probably for high cost claims,” said Kammer. “Guaranteed issue means you could technically buy it on the way to the hospital.”

So to in economics, people react to what is done, or not done, or even what is threatened to be done, and begin to act in their own self-interest. As any reasonable person would do!

Do these politicians and bureaucrats think that they are the only ones who can read the tea eaves, make a plan, and carry it out?

Every beginning hunter learns quickly to lead the target.

The Fanjul family of Palm Beach, Fla., a politically connected family, has given more than $1.8 million to both Democratic and Republican parties over the years. They and others in the sugar industry give millions to congressmen to keep high tariffs on foreign sugar so the U.S. sugar industry can charge us higher prices. According to one study, the Fanjul family alone earns about $65 million a year from congressional protectionism.

Price supports and price ceiings are political payoffs to someone. You just have to follow the money. Cui bono?