The Color of War

The Color of War is a History Channel documentary series narrated by Peter Coyote, presenting fresh perspectives on the day-to-day experience of World War II. Using a striking assemblage of color footage and photographs from national archives and private collections, the Color of War opens fresh perspectives on the day-to-day from every possible front. From the first draftees thrown into the breach to the sheer boredom between battles to the uniforms worn and the objects carried, this unparalleled saga is further illuminated by letters and diaries, communiques from the battlefield, and the sounds and songs of the era.

Some of the film seems to show “war crimes”.

Veterans Day is Friday, November 11th. It used to be called Armistice Day. It was a day that remembered the moment when the First World War ended on the eleventh hour of the eleventh day of the eleventh month of 1918. Armistice Day was a valuable holiday. It constantly reminded people of the biggest mistake that politicians ever made… 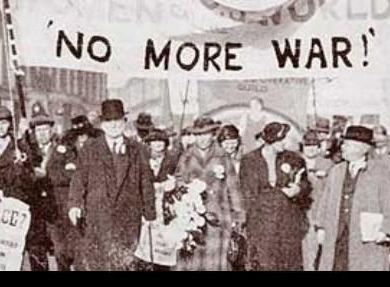 A world war fought over absolutely nothing!

Politicians exploit Veterans Day (and Memorial Day too) to claim that they used our soldiers to defend freedom. But is that really true? We’re going to stress-test this claim between now and November 11th. We’ll review our wars and interventions one-by-one and ask the following questions…

We believe the evidence is overwhelming that the politicians’ wars have…

But you’ll be be able to judge for yourself as we present the evidence. We do this because…

Alas, experience has taught us that we’re not allowed to speak the truth on Veterans Day or Memorial Day. It’s okay to lie about our wars on those days. The lies are greeted with enthusiasm. But the truth is met with howls of outrage and shouted down. And so…

If the truth must be silent on Veterans Day and Memorial Day, that’s all the more reason for it to be proclaimed loudly on the days before. That’s what we intend to do between now and November 11th.

If our case convinces you, please share it with others. Start a conversation about the correct way to honor veterans and the war dead. We believe it should be possible to honor their courage and mourn their loss, without telling lies about how they were used. We hope you’ll consider our case in the days ahead.

This is subtle change that I never realized until this pointed it out to me.

Let’s bring all the girls, boys, women, and men home now! We have so many politicians and bureaucrats to send in their place if it’s really needed!