HISTORY’S HEROES | THE AMAZING AND TRAGIC STORY OF AUGUST LANDMESSER 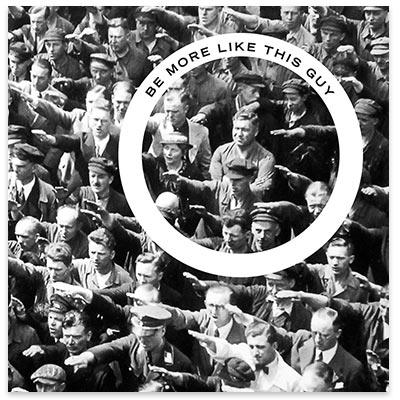 On June 13th, 1936, this hero named August Landmesser was working at the Blohm + Voss shipyard in in Hamburg, Germany. When you read his story, you’ll never forget him.

In the 1930s, the fascist mania for Hitler’s regime instituted a law making the infamous “sieg heil” hail victory salute mandatory for Germans.
One German named August Landmesser, seen here in this powerful photo, refused to obey. His incredible story is one of great courage, sacrifice, and horrific loss in the name of love.

When you stand against the Gooferment, it will crush you.

I hope I have his courage. Do you?